I started life in Fort Atkinson, Wisconsin, on a 40-cow dairy. In 1989, my parents decided the farm wasn’t big enough to support our family so we bought a new farm in Maribel, Wisconsin. Basically through all my childhood and high school years, we were one of the big operations at 80 cows and roughly 600 to 700 acres. I grew up in a tie-stall barn and milked cows until I graduated high school. 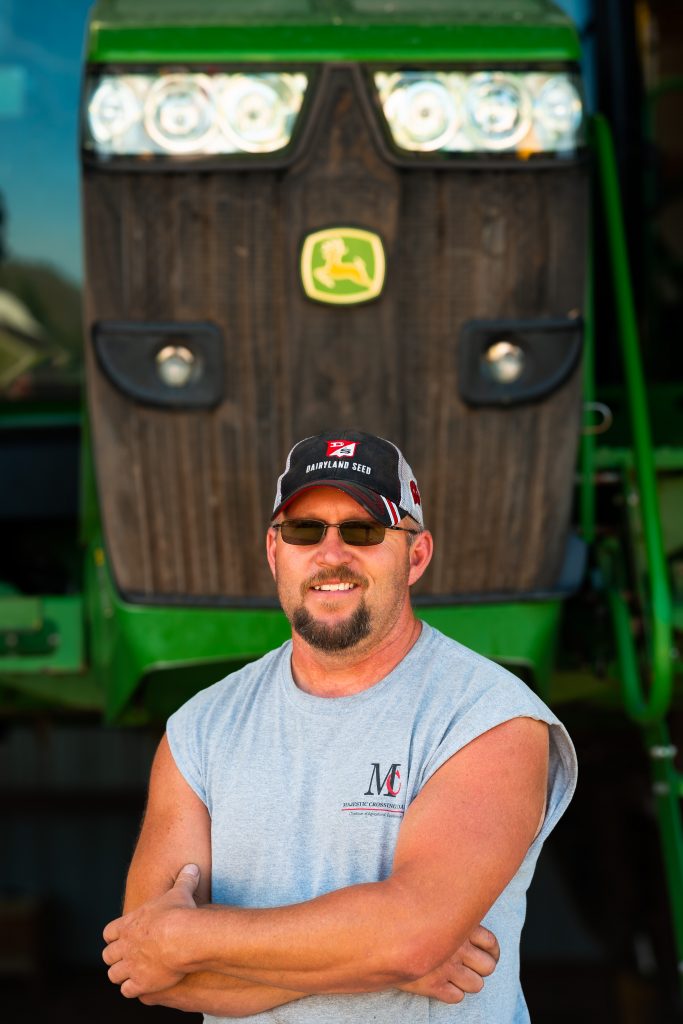 At the time, most farmers were growing their herds to 250 to 400 cows, and I thought that was the way to go. But my dad was happy where we were at and said if I thought we needed to do one thing and he thought the other, I needed to find something else to do for a while.

I had college scholarships. My original intent was to go to college for dairy herd management. But with encouragement from my Dad, I decided to see what my other options outside of farming were. I found trucking and there was instant money to be made in it. When you’re a 18, 19 year old kid and you can bring X amount of dollars in a week, you’re going to go for it. So I got into trucking, and I spent the better part of 20 years trucking livestock.

People ask, “Do you regret not going to college?” I don’t. I think I learned and saw a lot of things throughout the country, different ways, different aspects of agriculture. I definitely don’t regret going the direction I went. I lost some time on the home farm. But even though I was gone trucking a lot, I was still actively involved with the cropping end and some of the milking when I’d come home on weekends.

In 2014 I met Sara, Dean and Darin’s sister and I started helping out here at the farm part time.  In 2017 Sara and I got married and I became full time on the farm in 2018. And now as of last week, I am a partner in Majestic Crossing Dairy. 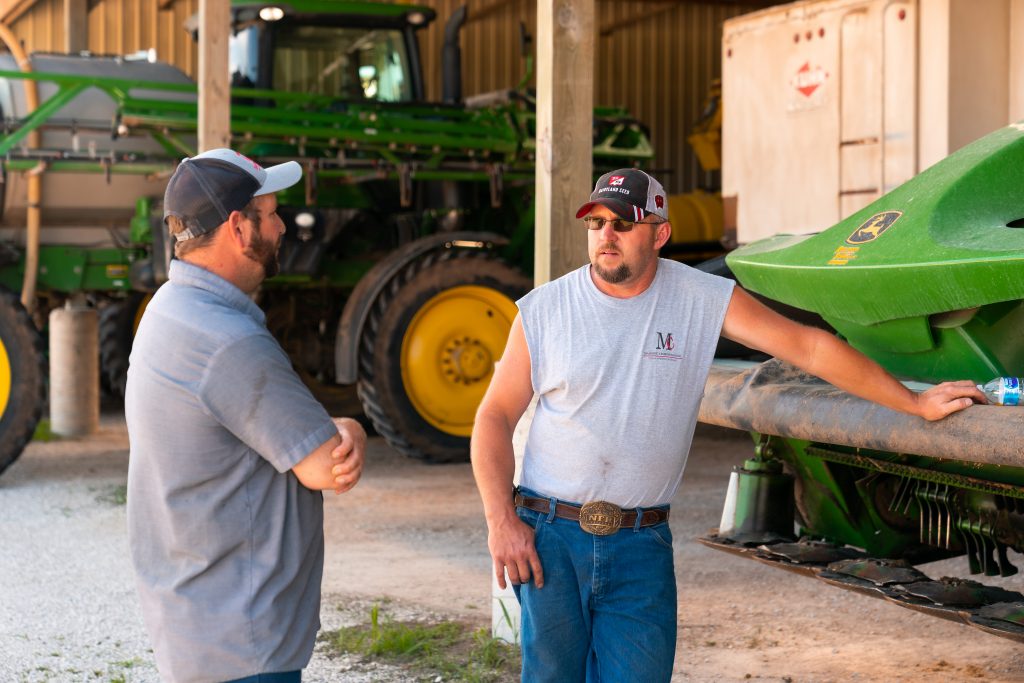 Joining a farm like this with multiple families and partners can be hard but It’s actually gone really well for me. I’ve been welcomed with open arms by everyone here at Majestic, not just my in-laws. I think everybody knows my background, what I did growing up and my passion for farming. My role here since Dean has passed away has really taken off as far as management decisions. I didn’t expect that in the first three years of being employed here, to be honest. But I think everybody trusts my judgment on the cropping end of things.

My job here focuses on the cropping and working in the shop. I am the sprayer guy. I do all of the spraying, start to finish, pre-emerged, post emerge, bugs, side dressing, nitrogen on the corn. That’s my main responsibility during cropping season. During harvest, combining is shared with Bryan and the rest of the guys transport. I also do a lot of the maintenance in the barns, I do a lot of the welding and fabricating around here on a day-to-day basis.

I like putting the seed in the ground at the beginning of the season. And being in the sprayer, I get to watch all of the development throughout the year, whether it’s growing good, not growing good because of weather or bugs or plant disease. I like seeing where it starts out and where it ends. It’s so satisfying to see that we can take however many dollars in the beginning of the year and bury in the ground and at the end of the year, pull it back out and put it in a big piggy bank or a grain bin, so to speak. 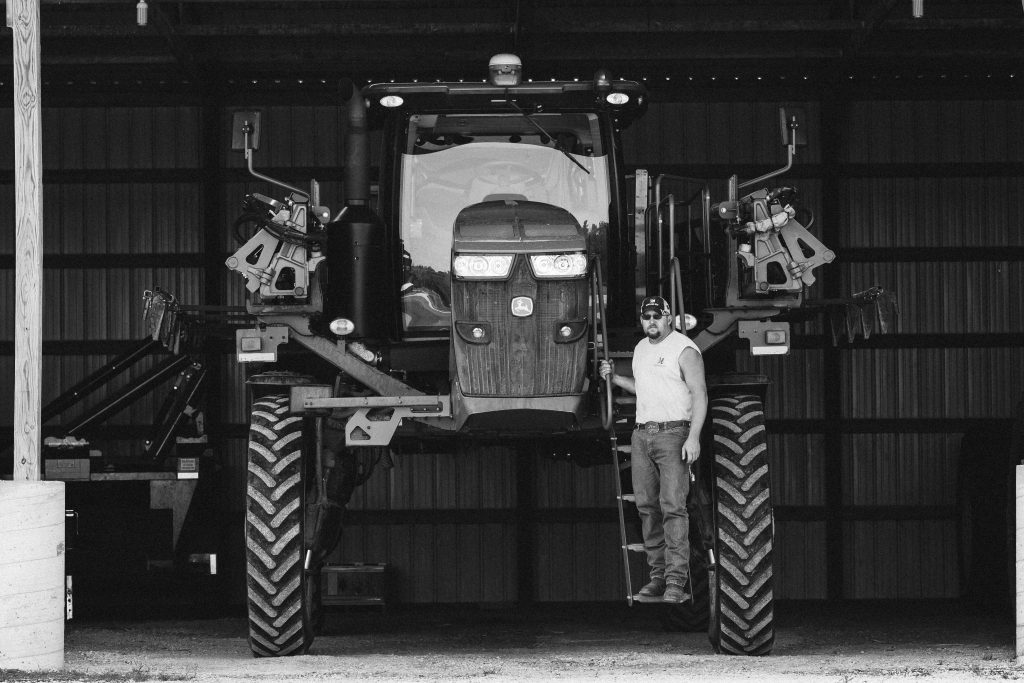 I also still really like being around the cows and giving my input when it’s needed there too. Darin sometimes will call and ask my opinion on a cow related thing. It is a different scenario going from an 80 cow, 600-700 acre dairy farm to 2,000 cows and 4,000 acres. It’s not the same as dealing with Mom and Dad, because now it’s not just one family or our immediate family. It’s multiple families depending on my judgment call. So far, I can say that things have gone well.

Outside of work on the farm I have a few different hobbies. Sara is a herdswoman on a different dairy farm so our schedules don’t always match up but we do our best to spend time together and with our kids. I have two boys of my own, Cody is 21 and Chase is 17 and I am step-dad to Sara’s kids too, Bryce is 20, Evan will be 18 soon and Brianna is 11. Brianna is my little sidekick. She wants to do whatever I’m doing. So that makes it fun, because I missed a lot of that with my kids. The boys rode with me in a semi quite a bit, but they got tired of it. Where Brianna can come and join me on the farm, and when she gets tired of it, she can go home.

Bryce is big into beef cattle. So we’ve got a small herd of Hereford and Charolais beef cows at home. We calve out about 16 to 20 head of cows every year and we have some steers too. Sara and I also have about 65 acres of hay ground. I enjoy sitting on my 40-year-old tractor to cut, rake, and round bale hay. It’s my way to wind down from the big and the fancy equipment and appreciate where I came from.

I also really enjoy photography. I got involved in photography as a 4Her but didn’t do a lot with it at the time. My sister was big into photography, she’s 10 years younger than me but she gave me some pointers and I watched and learned from some of the stuff she had done. 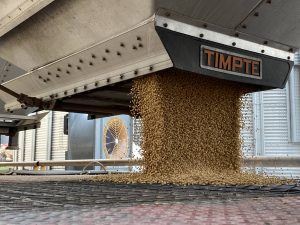 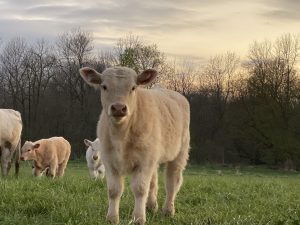 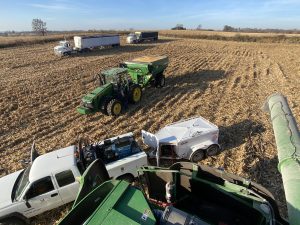 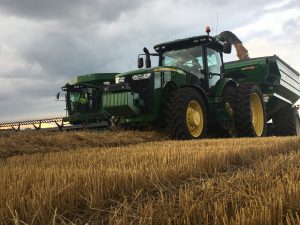 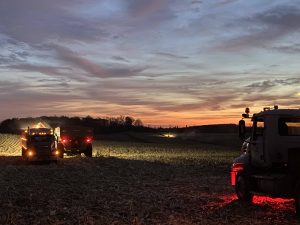 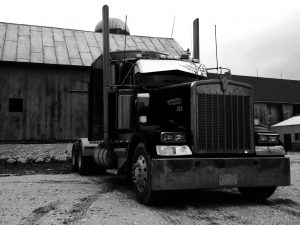 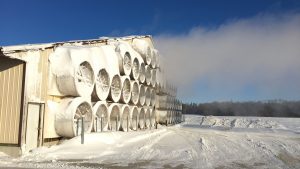 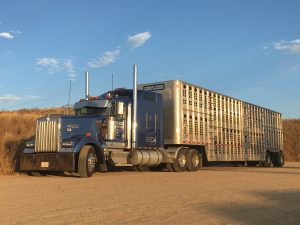 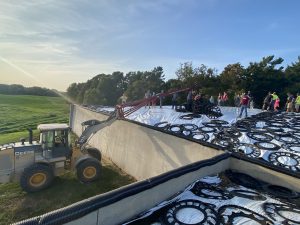 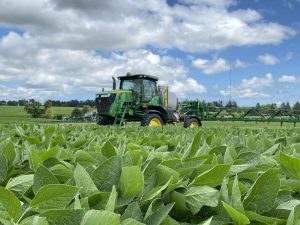 I can look back at old pictures of my grandparents or my dad’s family growing up when my dad was a kid. And you look at somebody’s old photo albums, which is different than today because everybody leaves this stuff on their phone and shares it on Facebook and whatnot. But I just think it’s neat to be able to share my photographs of what we do on the farm with the general public. If you follow the farm Facebook page, sometimes you’ll see my pictures show up there.

From difficult weather to the markets to COVID, my time here at the farm has covered some very challenging times in agriculture. My outlook for every challenge has been that, you can look at it and say, “Oh, do I really want to deal with this?” Or you can say, “I really want to deal with this. Let’s let’s dig in and see what we can do.” Right, wrong, or indifferent, until you accept the challenge and push forward to try your best to get the best outcome, you’re not going to know if it’s worth it or not. You do it, you succeed, hey, let’s move on and try it again. Let’s look for another struggle in life, whatever. Not that I want to struggle, but let’s have fun no matter what comes at us.

I look forward to seeing what 2021 holds for myself and the farm.

Stay up to date!